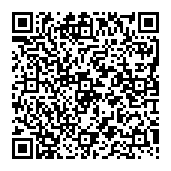 Sebastián is noted for his management skills, experience and knowledge in the public sector, where throughout his career he has actively participated in the design, implementation and evaluation of public policies.

In 2004 he obtained first place in the “Delta Emprentimiento” contest, Universidad de Chile and in 2012 he was part of the 100 young leaders, El Mercurio’s Saturday Magazine. He was part of the National Council of Innovation for Development (CNID), 2010-2011.

Between 2014 and 2018 he worked in different management positions at the Adolfo Ibáñez University, until he was appointed by the President of the Republic as Superintendent of Education. In this position he collaborated in the implementation of one of the main projects of the portfolio.

Currently, he is the executive director of the center of studies of liberal thought and independent debate, Horizontal Chile.

Bachelor of Business, mention in Economics

2019
Member of the Presidential Technical Table on Labor Legislation and Quality of Life.

2012
Executive Secretary of the Agency for the Quality of Education.

2011
Advisor to the minister of education at the time to lead the implementation of the Quality Assurance System.