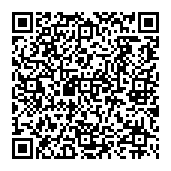 Between 2013 and 2015 he led the most successful trademark piracy trial in recent times, in which he represented a renowned fashion designer.

Rodrigo headed the team that granted the first registration of a sound mark in Chile, and filed the first certification trademark application in our country. He appeared before the Chilean Senate’s Committee on Education and was a member of the Advisory Committee of the National Council for Culture and Arts in connection with the latest amendment to Intellectual Property Law 17.336 and its Regulations.

In 2011, he was included, by the Minister of Culture, in the appointment of the first three arbitrators and mediators to resolve conflicts on the collective enforcement of copyright, of the National Council for Culture and Arts.

Bachelor of Legal and Social Sciences

Of Counsel in ChileMujeres Foundation.

Director of the Center for Biotechnology and Bioengineering CeBib, Universidad de Chile.

Professor in the Diploma of Industrial and Intellectual Property of the Finis Terrae University.

Professor in the Master in New Technologies and Intellectual Property at Universidad de Chile.

Felipe Cousiño and Rodrigo Velasco are recognized in LACCA Approved 2022