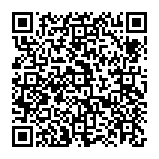 Arturo Alessandri C., managing partner of Alessandri, has focused his practice on foreign investments, mergers and acquisitions, as well as on project financing, concessions and arbitration. He is also advisor to a wide portfolio of foreign companies in different industries as a foreign corporation agent as well to local and international business entrepreneurs. He is the chairman and director of different corporations and non-profit organizations.

Following family tradition, Arturo Alessandri has also performed civil service, firstly as a Counsel to the National Planning Office (Odeplan) of the Presidency of the Republic, from 1979 to 1983. Later, between 1992 and 1996, was elected TownCouncilor to the Municipality of Santiago.

He has integrated boards of open and regulated corporations such as Financiera Condell and Compañía de Fósforo S.A.

In October 2019, Arturo carried out an ESE Corporate Governance Program at the Business School of the Universidad de los Andes.

Bachelor of Legal and Social Sciences

Arbitrator of the Mediation and Arbitration Center of the Santiago Chamber of Commerce.

Professor at the Institute of International Studies, Universidad de Chile.

Professor at the Faculty of Business Administration, Universidad de Chile.

Mergers and Acquisitions
Litigation and Arbitration